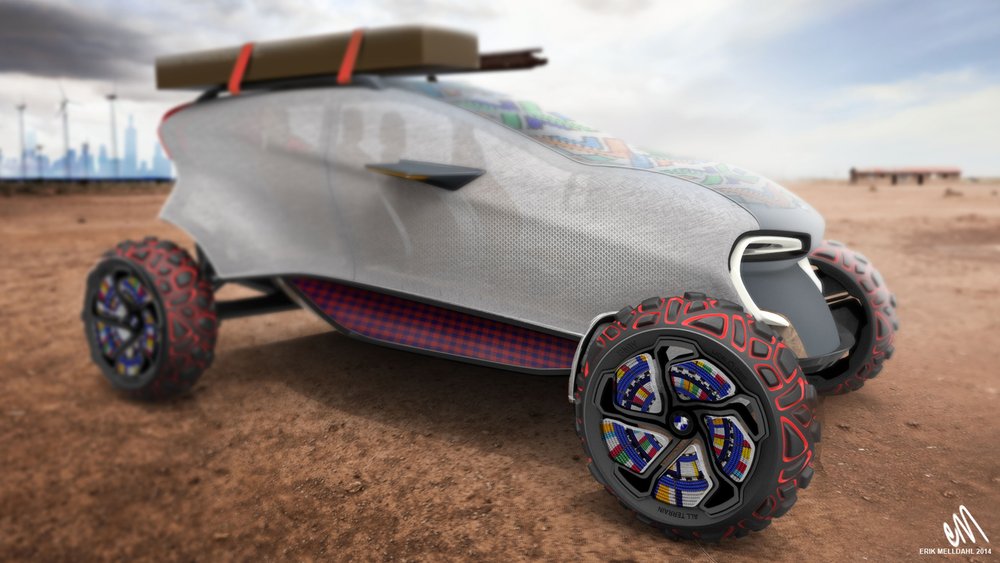 The automotive industry is conservative and doesn’t take enough responsibility in emerging markets. Thus, countries such as China and India have experienced huge problems with pollution as they have increased their living standards and entered the western consumption society. In these booming economies there are still people who live their lives according to old customs, in small sustainable societies. It is also they who suffer most from the ongoing urbanization. Hence the automotive industry should rather adapt to their cultures than let these people adjust to the consumption society.

Now, imagine a third industrial revolution where sustainable energy and manufacturing set the standards for production. Africa is then in the forefront when it comes to alternative and sustainable solutions. Maasaica is a concept from BMW which is locally built in Serengeti using 3D printing technology, degradable materials and traditional handcraft.

The intention with Maasaica was to do a concept, which will leave questions and thoughts about how to best design a sustainable, locally produced car. Another aim with the project was to question the methods and ideas of the conservative automotive industry. However, Massaica doesn’t give all the answers to how to produce and design sustainable car, but is a step in the right direction on how the automotive industry can contribute to a more sustainable society.

As designers we have a great opportunity to influence a product early in the process. However, one can also see it as we have a great responsibility to do our best to design products for a better society. That is what Massaica is about.

By considering important issues such as climate change and the conditions in the 3rd world during the early phase of this project, I have had a different approach than many other student’s design projects. Massaica is designed beyond mobility.

My main inspiration came from the Maasai culture and new ways of manufacturing. A future scenario of Africa in 2040 was created by collecting information from United Nations, The World Bank, The Economist etc.

The name Maasaica comes from the Latin word for the lion species in Kenya, Panthera Leo Masaica.

The result is a contextual concept vehicle, which is meant for the Maasai tribe in Serengeti. However, the story of the Maasai’s is similar to many other fragile habitats which are facing the challenges of urbanization. Therefore, similar concepts could be developed for other traditional societies around the world. However those concepts would have to be adapted to those societies’ needs and cultures.

Imagine Africa in 2040 as a global leader and a sustainable society. The African population has gone from using very traditional forms of transportation to sustainable vehicles. The Maasais would be recognized both regionally and internationally for being in the forefront when it comes to technology, entertainment, fashion and design. If BMW doesn’t offer them a transportation sollution they will make it themself.

By taking advantage of traditional craftmanship, new manufacturing methods and existing African mentality of upcycling, the concept Maasaica is showing how the automotive industry could take part of the 3rd new sustainable industrial revolution. A revolution that would create an Africa that would have no negative effects on the environment. 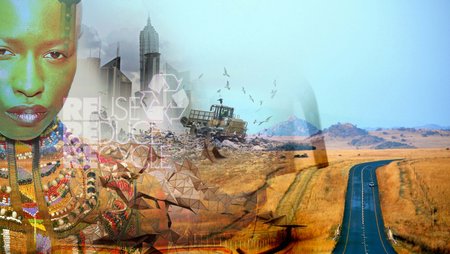